Photo of the Day – Medieval house and Street 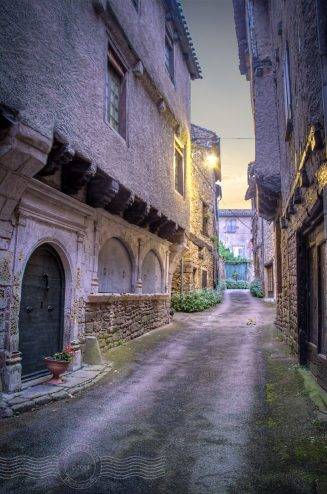 One of the oldest buildings in Monstiés. The village dates back to the 10th century.

This is my last post from my trip to the villages of Brassac and Monestiés in the Tarn region of the South of France.

Continuing from yesterday, we are passing through the village gate, into the heart of the Medieval part of the village. I think I read that the house shown here on the left dates back to the 11th century and formed the core of the ancient fortified village which was built around the 10th century church.

This is a five frame HDR merged in Photomatix and then cleaned in Photoshop including manual removal of some terrible chromatic aberration (everything else failed) and then separating the sky from the rest of the picture to apply some curves and a photo filter.