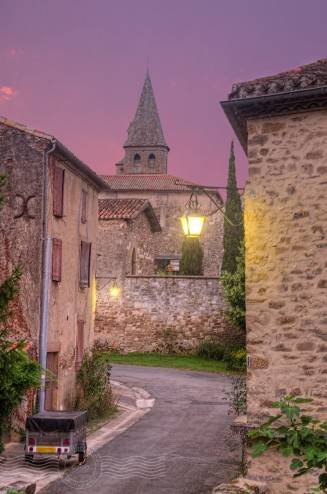 Another photo of a brief but beautiful dawn in the village of Monestiés, just before the clouds rolled in leaving me with a grey and drab morning. But I did get a few shots in at least.

The village of Monestiés is listed as one of the most beautiful villages in France and is just 15 minutes north of the historic town of Albi, situated in the midi-Pyrenees region.

The village is built around the 10th century church of St Pierre which was transformed in 1550 into the gothic style that remains today.

The village also has an art museum dedicated to the exiled spanish painter Bajèn and Véga.